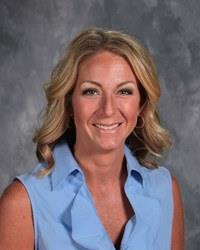 Originally from Boston, Massachusetts, Jen moved to St. Louis in elementary school and grew up with her parents and six younger siblings. Jen attended Truman State University where she earned both a Bachelor of Arts in Psychology and Master of Arts in Special Education.  After teaching special education in the Ritenour and Fort Zumwalt school districts, she earned an additional Master’s degree in Secondary School Counseling from Lindenwood University.  Jen is currently in her 21st year in education and in her 10th year as a comprehensive school counselor at Parkway West High School for students with last names Mo-Se.  Jen is involved in several student groups including ASAP and SSJLAC.  Outside of school, she loves yoga, spinning, snow and water skiing, the outdoors, and traveling.  Jen looks forward to her summers where she can be found playing Auntie to her ten nieces and nephews or relaxing at the pool or the beach.