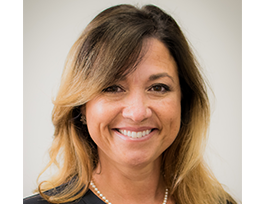 3/9/2017 -- Gina Piccinni has been named Parkway’s assistant superintendent of student services, effective July 1. The board of education voted unanimously in support of the recommendation at its meeting Wednesday night.

Dr. Piccinni is currently the principal of Carman Trails Elementary. Dr. Piccinni has led Carman Trails to new levels of achievement and most recently the school was named a Missouri School of Character. She brings to her new position a broad background of experiences from different states and school districts, as well as a focus on the achievement, growth and successes of each child.