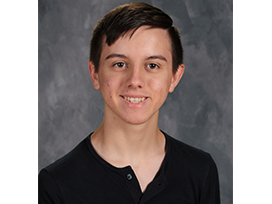 Folk, a senior, has not decided where he will attend university, but plans to study economics and mathematics. He hopes to work as an economist providing some sort of analysis of the economy as a whole. His main extracurricular activity is speech and debate.

Nationally, while the actual number of students earning the top score varies from year to year, on average, less than one-tenth of 1 percent of students who take the ACT earn a top score.  In the U.S. high school graduating class of 2016, only 2,235 out of nearly 2.1 million graduates who took the ACT earned a composite score of 36.