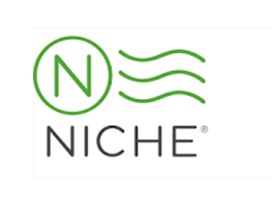 12/8/2017 -- The Parkway School District has been ranked as the fifth best school district in the state according to Niche K-12's 2018 rankings.

The 2018 Best Public High Schools ranking is based on rigorous analysis of academic and student life data from the U.S. Department of Education along with test scores, college data, and ratings collected from millions of Niche users. Learn more here.