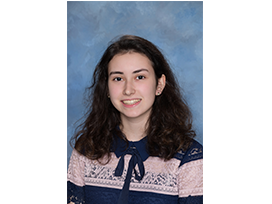 Shpringman, a senior at Parkway West High, is undecided where she will attend university, but is looking at Dartmouth College, Harvey Mudd College, MIT and Washington University. She wants to study biomedical engineering and hopes to pursue neurosurgery. Outside of the classroom, Shpringman enjoys drawing and painting and participates in the Students on the GO! running program.

The ACT consists of tests in English, mathematics, reading and science, each scored on a scale of 1–36. A student's composite score is the average of the four test scores. The score for ACT’s optional writing test is reported separately and is not included within the ACT composite score.