The three students took the ACT test in April when Parkway offered the ACT at no cost to high school juniors.

Jaskowiak is looking at several universities and wants to study classics and environmental sciences, as a double major. Outside of academics, Jaskowiak is the captain of the color guard and plays in the orchestra. 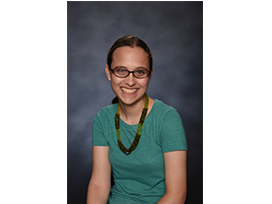 At this time, Linn is undecided about where she wants to attend college or what she will study. She is involved in the National Honor Society, Beta Chi Pi, Scholar Bowl and Mu Alpha Theta, and has been playing in the school orchestra since third grade. She is also a Girl Scout and volunteers in her spare time.

The ACT consists of tests in English, mathematics, reading, and science, each scored on a scale of 1–36. A student's composite score is the average of the four test scores. The score for ACT’s optional writing test is reported separately and is not included within the ACT composite score.